THE DRY by Jane Harper

"After getting a note demanding his presence, Federal Agent Aaron Falk arrives in his hometown for the first time in decades to attend the funeral of his best friends, Luke. Twenty years ago when Falk was accused of murder, Luke was his alibi. Falk and his father fled under a cloud of suspicion, saved from prosecution only because of Luke's steadfast claim that the boys had been together at the time of the crime. But now more than one person knows they didn't tell the truth back then,and Luke is dead. Amid the worst drought in a century, Falk and the local detective question what really happened to Luke." --Provided by publisher

"At least one-third of the people we know are introverts. They are the ones who prefer listening to speaking, reading to partying; who innovate and create but dislike self-promotion; who favor working on their own over brainstorming in teams. Although they are often labeled "quiet", it is to introverts that we owe many of the great contributions to society--from van Gogh's sunflowers to the invention of the personal computer. Passionately argued, impressively researched, and filled with indelible stories of real people, Quiet shows how dramatically we undervalue introverts, and how much we lose in doing so."-- Book jacket.

BEFORE THE COFFEE GETS COLD by Toshikazu Kawaguchi 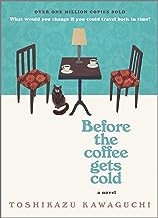 In a small back alley in Tokyo at a century-old coffee shop rumored to offer patrons the chance to travel back in time, four customers reevaluate their formative life choices.

HOW TO BE A HEROINE by Samantha Ellis

"Debating literature's greatest heroines with a friend, playwright Samantha Ellis has a revelation-- "My whole life, I'd been trying to be Cathy ,when I shold have been trying to be Jane." With this discovery, she embarks on a retrospective look at the literary ladies -- the characters and the writers -- whom she has loved since childhood."--Provided by Publisher.

A love letter to city life in all its guts and grandeur, Lillian Boxfish Takes a Walk by Kathleen Rooney paints a portrait of a remarkable woman across the canvas of a changing America: from the Jazz Age to the onset of the AIDS epidemic; the Great Depression to the birth of hip-hop.  [At 85 years old] Lillian figures she might as well take her time. For now, after all, the night is still young"-- Provided by publisher.

THE BOOKWOMAN OF TROUBLESOME CREEK by Kim Michele Richardson

"The hardscrabble folks of Troublesome Creek have to scrape for everything except books--thanks to Roosevelt's Kentucky Pack Horse Library Project, and traveling librarian Cussy Mary Carter. Last of her kind, Cussy's skin is a shade of blue unlike most anyone else….To bring the joy of books to hill folks, Cussy must confront prejudice as old as the Appalachias and suspicion as deep as the holler. This is a story of raw courage, fierce strength, and one woman's belief that books can carry us anywhere--even back home."--Back cover.

THE 12 LIVES OF SAMUEL HAWLEY by Hannah Tinti 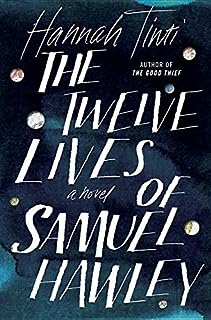 "Loo is twelve when she moves back to the New England fishing village of her early youth. Her father, Hawley, finds work on the boats, while she undergoes the usual heartaches of a new kid in school. But lurking over Loo are mysteries, both of the mother who passed away and of the grandmother she's forbidden to speak to,. And hurtling towards both father and daughter are the ghosts of Hawley's past." - Provided by the publisher.

THE LYING GAME by Ruth Ware

The idyllic coastal village of Salten is shocked by the discovery of human bones. The very next day three women, childhood friends who went to the same baording school receive the text they hoped would never come, "I need you!".

WHAT THE EYES DON'T SEE by Dr. Mona Hanna-Attisha 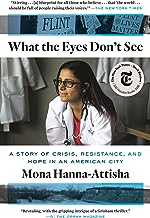 "From the heroic pediatrician who rallied a community and brought the fight for justice to national attention comes a powerful firsthand account of the Flint water crises--a dramatic story of failed democracy and inspiring citizen advocacy and action. In the heart of the world's wealthiest nation, one hundred thousand people were poisoned by the water supply for two years--with the knowing complicity of their government."--Provided by Publisher 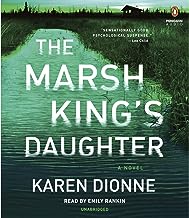 "At last, Helena Pelletier has the life she deserves. A loving husband, two beautiful daughters, a business that fills her days. Then she catches an emergency news announcement and realizes she was a fool to think she could ever leave her worst days behind her. Helena has a secret: she is the product of an abduction. Her mother was kidnapped as a teenager by her father and kept in a remote cabin in the marshlands of Michigan's Upper Peninsular. ...

More than twenty years later, she has buried her past so soundly that even her husband doesn't know the truth. But now her father has killed two guards, escaped from prison, and disappeared into the marshland he knows better than anyone else in the world. The police commence a manhunt, but Helena knows they dont stand a chance."--Book jacket.

MEET ME AT THE MUSEUM by Anne Youngson 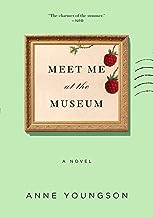 In Denmark, Professor Anders Larsen, an urbane man of facts, has lost his wife and his hopes for the future. On an isolated English farm, Tina Hopgood is trapped in a life she doesn't remember choosing. Both believe their love stories are over. Brought together by a shared fascination with the ancient Tollund Man, they begin writing letters to one another. And from ther vastly different worlds, they find they have more in common than they could have imagined.